Instead of a New Year’s resolution, my friend Denise posted a “word of the year,” or a theme of the year. I “liked” this idea in her status on Facebook about 2 months ago, and at the time, I began mulling over what my own word of the year might be. A few weeks later I decided upon the word, but several cups of coffee, quiet drives, and moments of prayer and meditation later, I finally decided to write about it.

Most of my life, I’ve felt very contained inside. I believe Dave Matthews said it well in his song “Grey Street:”

“And she thinks . . . hey,
how did I come to this?
I dreamed myself a thousand times around the world
but I can’t get out of this place.
There’s an emptiness inside her,
and she’d do anything to fill it in
but all the colors mix together
to grey, and it breaks her heart.”

Once James told me that more than anything, he wanted me to be free.

When he told me that, it made me cry. I thought it was the sweetest, most romantic, and most unrealistic wish someone could wish for me in the entire world. I’d wished it for myself and aimed for it myself and even WORKED for it myself for the past few years but really hadn’t felt it–not really. The past few months I’ve had more and more moments of feeling free from my old self. Unrestricted. Clear of obstacles and unimpeded by the old things that I used to feel tied down by and tied to. I’ve felt more and more able to act without restraint and reserve and have fun again. I’ve found myself wanting to give more freely and generously and loving James and other around me with a kind of love that I thought had died in me permanently.

In the World English Dictionary, it refers to “free” in terms of “free jazz” and says this:

“of jazz–totally improvised, with no preset melodic, harmonic, or rhythmic basis.”

That definition would have scared the pants off me a year ago. No set in stone guideline? No plan? Oh my gosh. I can’t do that.

This year, I’ll be free. 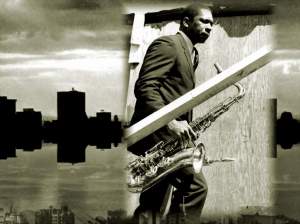