Skip to content
Posted on October 26, 2011December 2, 2011 by bethanymwallace Posted in Life lessons

I never remember my mom speaking an unkind word about my father. Despite the horrific ways he treated her, which affected us, I never heard her curse him under her breath. I don’t even remember seeing any bitter facial expressions throughout the years. When he left her for another woman, she tried to work through it for the sake of her marriage and her children, but he wasn’t willing to do his part. When he never came through on child support for her four children, she still allowed him to visit us when he stopped through town during his sober periods. Even when we—his children—bad-mouthed him and pointed out the things he’d done wrong, she’d just say that he had his good points, too.

For years, I didn’t understand this. I felt my mom was completely justified to shout from the rooftops all the obscene, hurtful, rude, insensitive, a 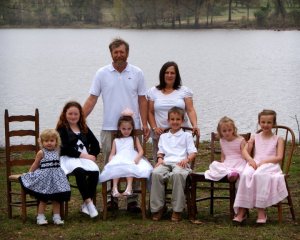 Then I found myself in a similar position. I learned that there’s more to gain from keeping your mouth shut and letting people figure out, all on their own, someone else’s true nature. I’ve managed to keep many relationships intact by just letting people draw their own conclusions. Could I just as easily have defended myself? Could I have told the whole, big, sad, dirty story to folks in order to get it off my chest, clear my name, and justify my choices? Sure. And what good would it have done? It would have burnt bridges with loved ones and ex-family members. It would have potentially breached one of the most precious relationships I have with the most beautiful girl in the world. It would have also resulted in more questions and more interrogating by people who assumed, because I’d ranted and raved, that my mess was their business.

A wise woman once told me, “It doesn’t matter what anyone thinks. It’s what you and God know.”

And as my mom taught me by her actions, airing dirty laundry doesn’t benefit anyone. It just spreads the stench around. I’d rather just wash the rotten undies and end up with the calming scent of freshly washed laundry all around me.